In the Buddhist Wheel of Life, the center has a circle in which there are three animals, a pig, a cock, and a snake, holding each other by the tail. The pig stands for the delusion or ignorance that says, "I am the real thing, the center of the universe, and the most important being in it, and the rest and all others are separate from me!" This deep conviction of the egoistic being places that being in the unwinnable situation of confrontation with the universe, which any single being has to lose, sooner or later. Based on this perspective, the being wants to consume lots of the universe, to turn it into him -or herself, and this is called greed, represented by the cock. If possible, the being would devour the whole thing and then would no longer need to fear it. But the universe is infinite, so that never succeeds. Also, based on the same perspective, the being fears others want to devour him or her and so becomes paranoid and seeks to repel them all, and this is called anger and hatred, symbolized by the snake.

These are the three poisons or toxins that make the unenlightened world go around, the samsara of endless suffering. In Indo-Tibetan medicine they correspond to phlegm, wind, and bile in the physical realm (the kappa, vata, and pitta body types), or more generally, cohesion, movement, and heat. Health for an unenlightened person is the balance of these poisons and energies -that is the best that can be achieved. But real health, durable and joyous, comes from detoxification, removal of the poison by wisdom, insight into the true nature of reality, the experience of the self being one with the universe, filled with energy and bliss, not needing to be greedy, not fearing or hating anyone, but being joyfully compassionate to all, seen as ultimately the same as oneself and beautiful in their relative difference -just as one sees one´s beloved child or lover or good friend. This is the true health of enlightenment. 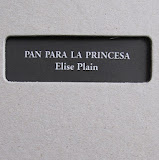